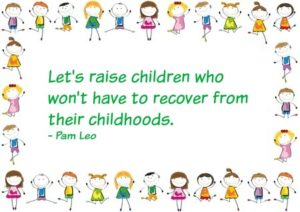 I recently attended a course that I was hoping might give me some additional parenting tools. At 24 hours spread over four SUNDAYS, it felt a pretty big investment but then I do love personal growth and this parenting gig is one I take pretty seriously! Parent Effectiveness Training (P.E.T.), simply put, focuses on genuine communication between parent and child and basically assumes that conflict arises from an unmet need.

So here I am a month after the course and I can honestly say that it has been one of the most significant influences to my parenting style to date. So often we take some training and promptly forget what we learned, but in this case, I have successfully transferred the lessons to my real life and continue to incorporate and build on the skills I developed.

To illustrate the change, I’d thought I might share an example of an interaction that I experienced with my son which resulted in a totally different outcome as a result of using the P.E.T. approach. One morning Matthew said “Mum, I don’t want to go to swimming today”. Whereas I would have once said something like “well we’ve paid for the lesson and you have to go”, I tried my new skills instead. “So Matthew you don’t want to go swimming?” To which he replied “no”. I said, “That seems strange, you usually enjoy swimming, has something changed?” and he replied “Yes, I keep getting water up my nose when I swim backwards”. After some discussion about how he could tackle the problem we arrived at the idea that he ask his swim instructor if he had any tips on how to avoid the problem. We rehearsed the conversation in the car on the way and  I later watched my five year old confidently raise the issue with the instructor who told him “sure mate, you just put your chin here”. The pride and pleasure I felt when he reached the other end of the pool and gave me a thumbs up was immeasurable! The thing is, this isn’t an isolated example, as we continue to have honest conversations and enjoy more conflict-free time.

What I love most about my new P.E.T. skills is that I have the tools for more authentic conversations with everyone – family, friends, clients and colleagues. I also feel far more confident that our son will have an increased chance of not needing to recover from his childhood between my new skills and the ones that I can see him developing as he sees this needs-based communication modeled.

If P.E.T. training sounds like it’s for you, Kathryn Tonges, currently runs workshops on the Sunshine Coast and on the northside of Brisbane.