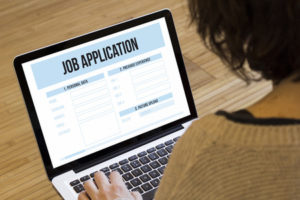 This week one of my clients in job search mentioned some advice she’d received – “The people who get the jobs are the ones who don’t give up trying”. While it has become clear to me with years of providing career guidance that job search is best viewed as a marathon than a sprint, I would argue that persistence alone isn’t always enough for success.

One of my past clients spent close to nine months smashing out around 200 applications to find himself shortlisted for just one role. His email enquiry with “Help” in the subject line definitely caught my attention. When I spoke to him in our discovery call I realised something wasn’t adding up and once I saw his resume I quickly realised what it was. This client was exiting the air force and his resume was peppered with terminology such as “garrison”, “regiment” and defence ranks.

Our work together focused on him altering his resume and tailoring it to specific roles so that his target market could understand it and see his fit for their roles. Sadly, there are many other ways that resumes might not be speaking to our audience.  My client went on to secure a new role aligned to his skills and interests about a month later (around his official discharge date), saying to me “Wow if I’d known that was possible I could have been playing golf for these past nine months rather than enduring all that rejection and stress”.

It’s worth noting that the more senior the role the longer it can take to land a position because there are less of them and organisations often apply more rigorous recruitment processes given the importance of the roles. Having said that, there are many occasions where I’ve seen clients at all levels go from what seems like no interest in their applications to having multiple offers simultaneously.

Yes, be persistent but if your approach isn’t working, please keep tinkering with it until you see better results. If you’re still not getting the results after a few months you might consider seeing a career coach to confirm that you are giving yourself the best chance of success.

Go forth and get those jobs!