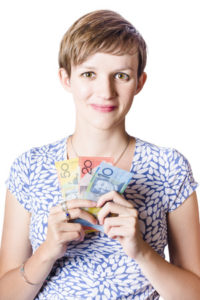 One of my early career coaching clients was a Teacher’s Aide with 17 years’ experience who wanted a career change. Her part-time role had really worked for her and the family in the past because of the hours and time off for school holidays. With her youngest child in their final year of high school, she was able to increase her hours just at a time that the school was scaling back hours as a result of reducing enrolments.

My client had no idea what she wanted to do next or how to go about getting a job. It had been a long time since she applied for a position and lots had changed with the advent of the internet. She recognised she needed help and decided to invest in career guidance despite her husband’s view that she was wasting both her time and money.

We started the process by looking at my client’s career story through an activity called a Timeline. By identifying everything she had ever wanted to be, was, or still wanted to be (including paid and unpaid roles) and then considering what had influenced her towards or away from these options we were able to draw out a lot of valuable information about her career preferences and influences. The next step was to identify what she liked or disliked about the roles and what tasks and skills she would like to take forward to future roles. Through this activity it became very clear that my client had a strong interest and aptitude for administrative work.

The next stage of our work focused on presenting her fit for administrative work in a market where she would be competing with career admininistrators. While we couldn’t change her Teacher’s Aide job title, we were very particular about presenting her administrative and other relevant transferable skills rather than the technical skills related to teacher’s aide work. It called for a very different resume and cover letter than if she were staying in the same field.

After only a couple of weeks my client successfully landed a full-time administrative role, managing to double her salary between the increased hours and the higher rate of pay associated with the administrative role. We both loved that she was able to silence hubby by demonstrating that the career coaching had paid for itself.

If you’d like to talk about how career coaching can help you, call Donna on 0419 120 601 or email donna@careervitality.com.au.